The striker has praised his teammates at Wikki and the support of head coach, Abdu Maikaba for his good show this term 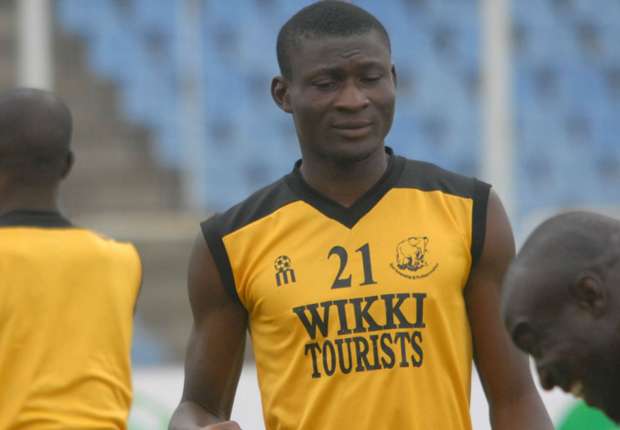 Godwin Obaje says he is grateful to God,Â his teammates at Wikki Tourists for making him have a season he would never forget in a hurry in his career.

Obaje’s 18 goals handed him the topscorer’s prize and he said he would continue to relish the just concluded season after seeing the Bauchi Elephants get a CafÂ Confederation Cup ticket too.

“I am grateful to God for allowing me to reach a new height on a personal level as the highest goals scorer in the league and also the continental ticket got by my club too,” Obaje told Goal.

“It was a difficult season for us all but we are happy that at the end of it all we were compensated with the Caf Confederation Cup ticket. My teammates did extremely well and our coach, Maikaba did a good job on the team.”

Rangers save coach from fan attack