Buhari and Jonathan Meet behind Closed Doors at the Presidential Villa

President Muhammadu Buhari had a closed-door meeting with his predecessor, Goodluck Jonathan, at the State House in Abuja.

The former President reportedly arrived at the presidential villa at about 11 am and proceeded straight into the President’s office.

The purpose of the meeting has not been disclosed but it is believed it has to do with the recent assignment Jonathan was charged with by the Economic Community of West African States (ECOWAS).

ECOWAS had appointed the former president to head the political reconciliation in Mali where there is leadership tussle. The Jonathan – led committee had recommended the government of national unity in the country but the opposition group had turned down the recommendation. The former President was in Mali over the weekend.

Reports suggest Dr. Goodluck Jonathan went to President Buhari’s office to brief him on the situation in Mali.

See photos of the meeting below. 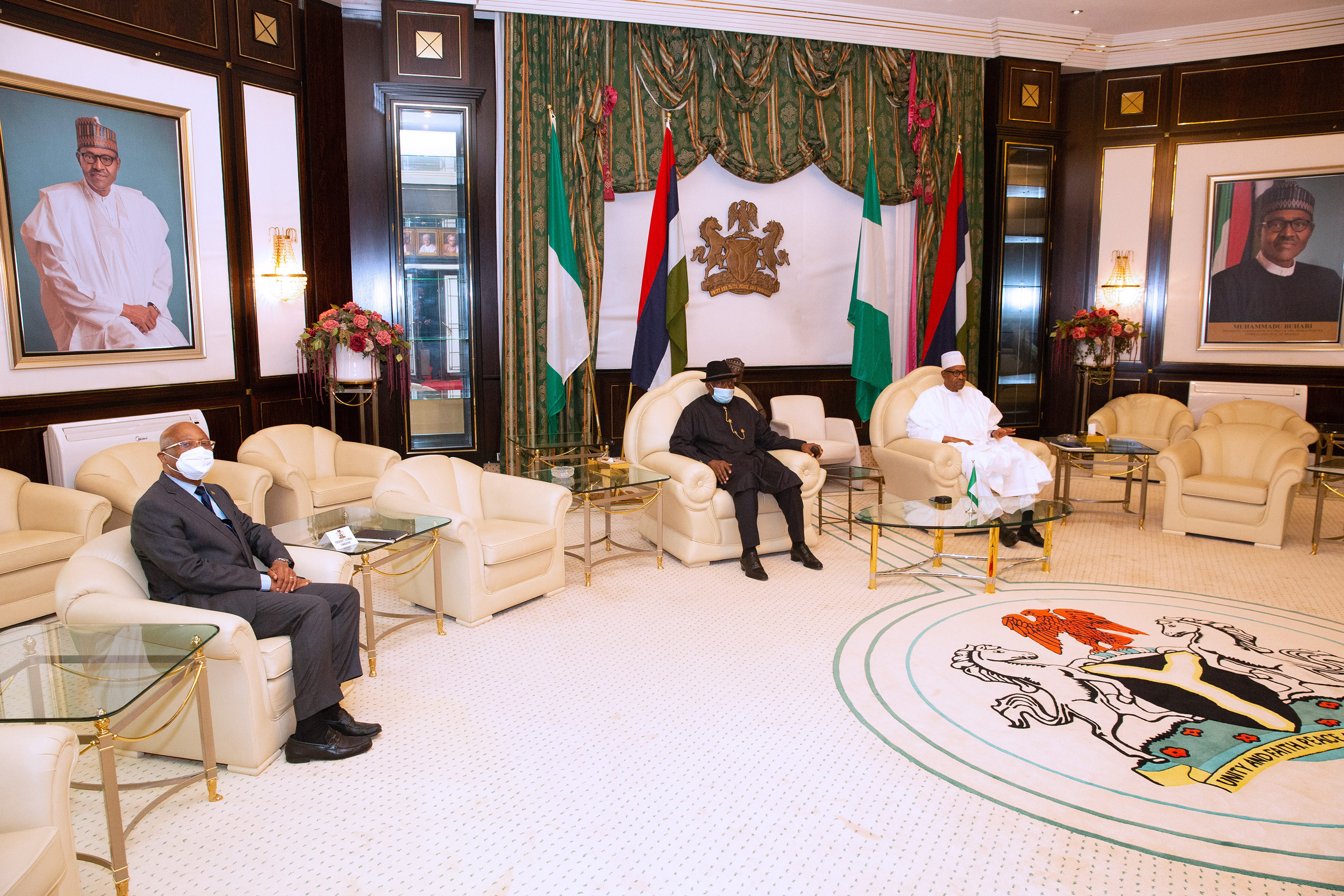 Buhari: Fighting Corruption is not Straightforward