The Federal Government has announced on Wednesday that the Senior Secondary School Certificate Examinations (SSCE) organized by the National Examination Council (NECO) for SS3 students will commence on October 5 and end on November 18, 2020.

Hon. Emeka Nwajuiba, the Minister of State for Education, announced the dates for the examination after a two-day meeting with Chief Executives of examination bodies in the country.

The Director of Press and Public Relations, Federal Ministry of Education, Ben Goong, also disclosed this in a statement released today Wednesday, July 29. The ministry said the National Common Entrance Examination (NCEE) into Unity Colleges will hold on October 17, 2020.

According to the Ministry of Education, the Basic Education Certificate Examinations, (BECE) for JSS 3 pupils also conducted by NECO, will start on August 24 and end on September 7, 2020.

The statement also said registration for the NECO (SSCE), which is on-going, will end on September 10 and that there will be no further extension.

The statement added that the National Business and Technical Examination Board (NABTEB) examinations will start on September 21 and end by October 15, 2020, while the National Board for Arabic and Islamic Studies (NBAIS) is scheduled to hold from Wednesday, September 23 to October 17.

The statement while noting that the Minister of State for Education, Emeka Nwajiuba, made the announcement today in Abuja, added, “The minister, therefore, directed all examination bodies to release details of their examination timetables in the next seven days.” 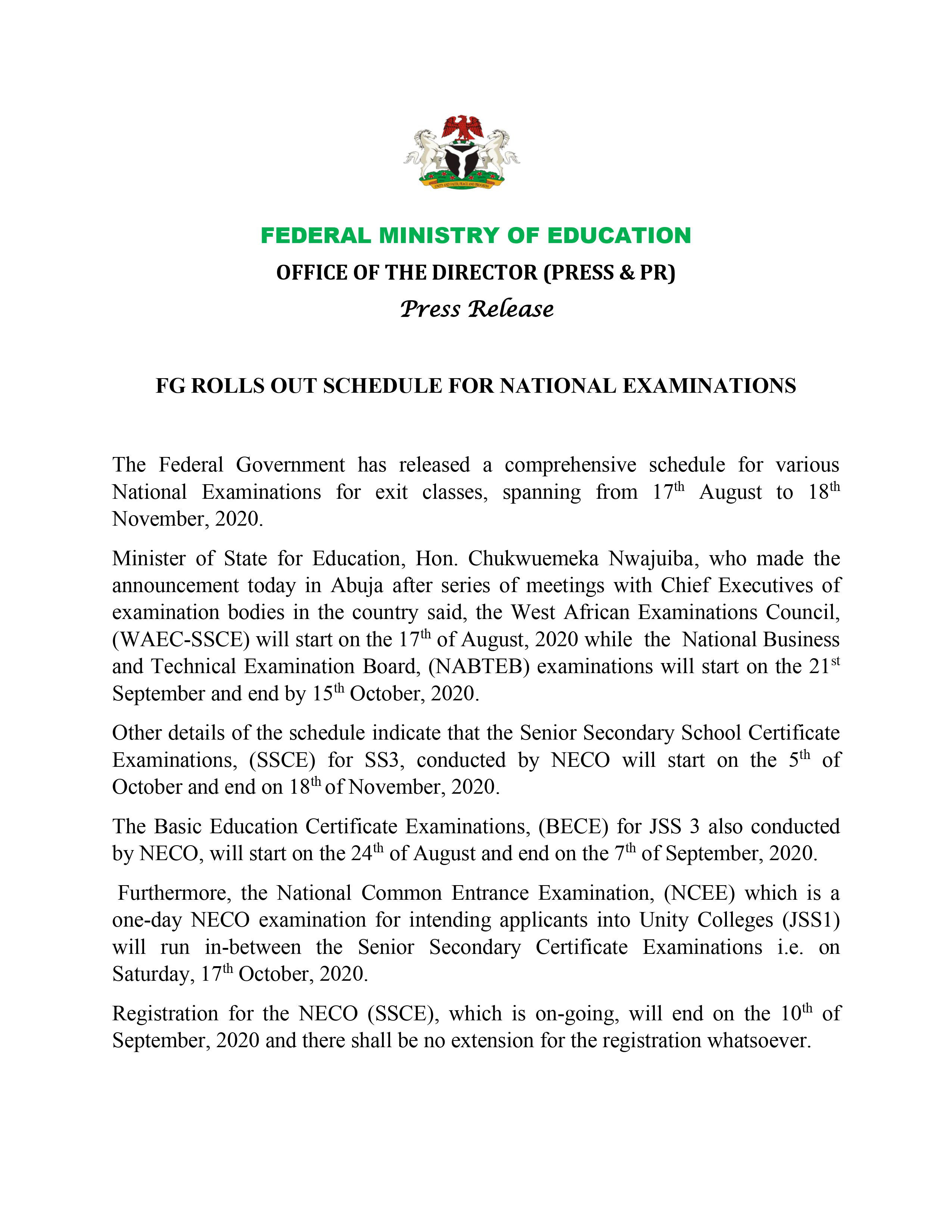 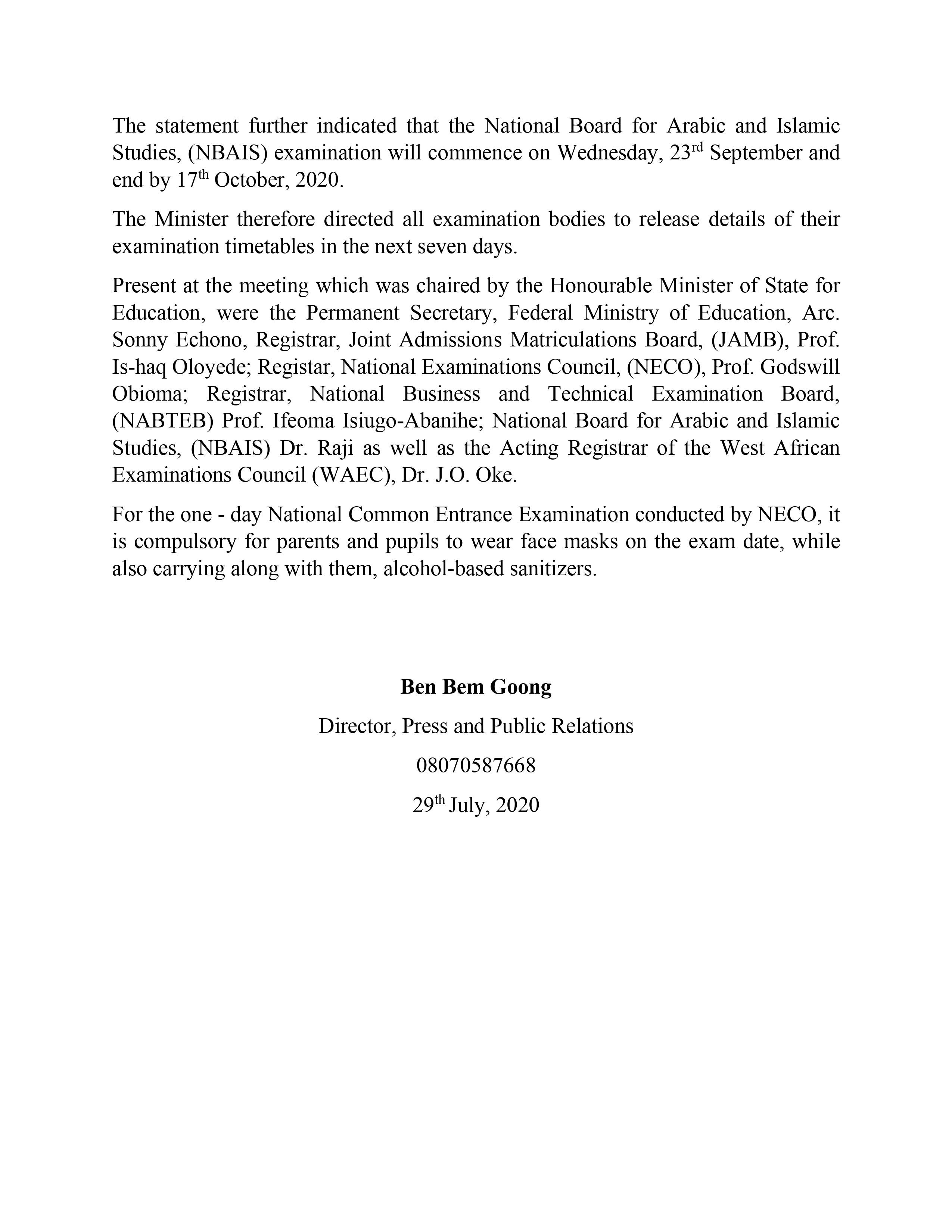 I Regret Being Born in Nigeria, 10, 12-Year Old kids Speak